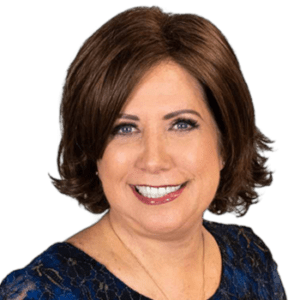 Joan Hunter ministers the gospel with manifestations of supernatural signs and wonders in healing school sessions and miracle services at conferences and churches around the world. She often speaks prophetically releasing personal and corporate prophetic words to those in attendance.

At the age of 12, Joan dedicated her life to Jesus Christ and has chosen to serve Him faithfully ever since. She has an uncompromising dedication to the call of God on her life. She exhibits a sincere desire to see the body of Christ healed and whole physically, mentally, spiritually, emotionally, and financially. Joan Hunter is a compassionate minister, dynamic teacher, accomplished author, and anointed healing evangelist.

Joan has ministered in countries around the world and has made numerous television and radio appearances. She has been the featured guest on Sid Roth’s “It’s Supernatural!,” “Everlasting Love,” with Patricia King, “Today with Marilyn and Sarah,” as well as many other TV shows. Joan hosts her own powerful TV show called “Miracles Happen!”

Joan has authored 21 books and has recorded messages that will encourage you and teach you how to pray for the sick and see them recover.

Joan Hunter and her husband Kelley, live in northwest Houston, Texas. Together, they have 4 daughters, 4 sons, 3 son-in-law’s and 7 grandchildren. Joan is the daughter of noted healing evangelists The Happy Hunters, Charles and Frances Hunter.