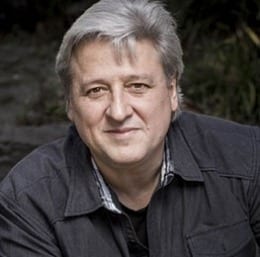 Peter Rosenberger is a radio host, author, and speaker who has been an advocate for caregivers for the past 30 years. His experience of caring for his wife through 78 surgeries amounting to $10 million in medical bills has made him an authority on navigating the financial and emotional burdens caregivers face.

Since 2013 he has hosted his own weekly radio show on the topic, broadcast on Nashville’s 1510 WLAC and iHeartRadio, which streams worldwide.

Peter’s book, Hope for the Caregiver, is now in its third printing and his much ­anticipated second book, 7 Caregiver Landmines and How You Can Avoid Them, released November 1st, in time for National Family Caregivers Month.

“With tenacity, tenderness, and humor Peter Rosenberger brings hope to those who find themselves in the overwhelming and sometimes lonely role of caregiver.” Amy Grant, Grammy Award winning singer/songwriter, author and actress.

“In a world hung up on trying to make sense out of hard times, Peter drives the point home that ‘we don’t have to understand God understands, and that’s enough.’ This is THE book for caregivers, written by one with scars and immense credibility.” Jeff Foxworthy, comedian, author, television host.

Peter Rosenberger was the keynote speaker at the NYS Caregiving & Respite Coalition’™s annual conference. Through humor, he gave practical advice to caregivers living the care partnering experience. More importantly, he brought hope to professionals and family caregivers who deal with the struggles of caregiving day in and out.” Ann Marie Cook, President/CEO of Lifespan

Books and Media from Peter Rosenberger 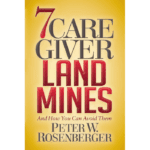 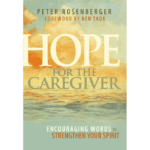 Hope for the Caregiver
Igniting a Nation in your Inbox