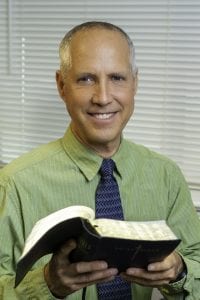 Steve Wohlberg is the Speaker/Director of White Horse Media. With BA and M-Div degrees in theology, he is a well-known speaker and the author of nearly 40 books, including his newest release entitled, “Approaching Armageddon: Discover Hope Beyond Earth’s Final Battle.” For many years, Steve and his team at White Horse Media have been producing radio and television programs that are widely watched on various television networks and on their White Horse Media YouTube channel. During the course of his ministry, Mr. Wohlberg he has been a guest on over 500 radio and TV shows, and has spoken by special invitation inside the Pentagon and U.S. Senate. He has also been featured in three History Channel documentaries and one National Geographic International documentary discussing the book of Revelation. Steve is a committed husband to Kristin Wohlberg (they have been married for 20 years), and the blessed father of their son Seth (age 16), and their daughter, Abby (age 13). His passion is to share the love of Jesus Christ and to help others prepare for His soon return. The Wohlberg family currently lives in Priest River, Idaho. Steve enjoys gardening, jogging, and swimming.

Books and Media from Steve Wohlberg